Music has always been important to Doris Phillips Loomis — and that makes perfect sense for the president of the Asheville Symphony board.

“My homes have always had music and a connection to music in them,” Loomis said. Her great aunt was a piano teacher. Her father regularly reminisced about his small-town high school band. Her father’s cousin played in the New York Philharmonic. In fact, she can’t even recall being introduced to the classical genre. As far as she’s aware, the symphonies and concertos of Bach, Mozart and Brahms have been part of her life since day one. 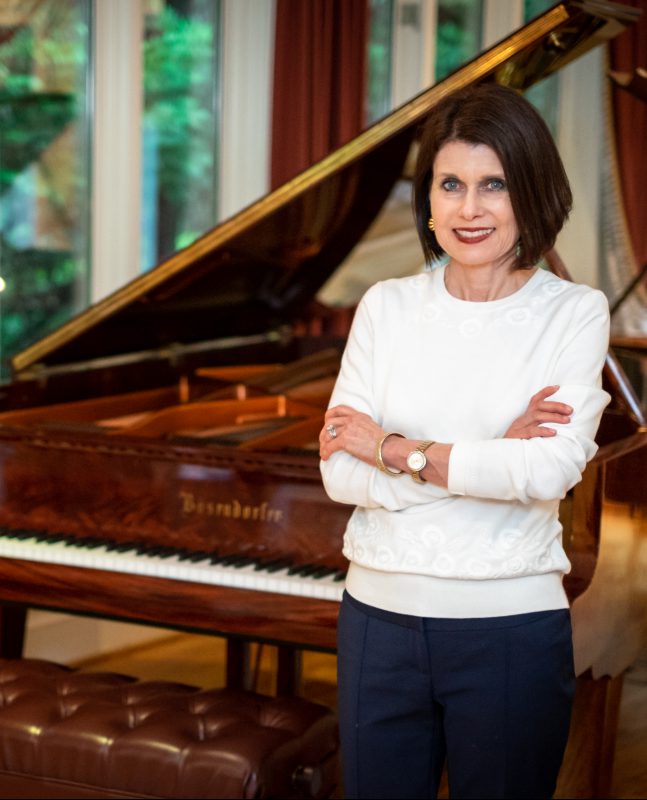 By day, Loomis is an attorney at the law firm of McGuire Wood & Bissette. But, in her spare time, she hosts internationally acclaimed pianists in her home — specifically, in her music room, with two grand pianos situated at its center. The Loomis home has hosted small, intimate concerts for multiple organizations, and it has provided a quiet space for guest pianists to practice — including Hyung-ki Joo (of Igudesman & Joo), a headlining performer of the 2017 Asheville Amadeus festival, and Alexandre Tharaud, who performed the “Goldberg” Variations in a recital last year.

“We look forward to those calls,” she said. “We can sit in an adjoining room and listen without disturbing the pianists. It’s a unique pre-performance experience.”

Growing up in Asheville, Loomis has always been drawn to the Symphony, to classical music, chamber music, the sound of a live orchestra — delicate, yet, at times, booming, cresting and crashing in waves through the Thomas Wolfe Auditorium.

“I have always tried to seek it out,” she said of the classical genre. “When I was a student at Davidson College, I had a season subscription to the Charlotte Symphony. Vacations growing up, and now with our family, are often planned around recitals or concerts we can find.”

Not only did she enjoy listening to classical music when she was young, but she also studied piano, entering competitions and even winning “a couple.” (Though she’s quick to downplay her musical skills.)

“I play, but not near the level of our sons,” she said, referring to Chambers and Kiffen, both of whom performed competitively in high school (including, for Kiffen, once with the Asheville Symphony).

She added that she was careful not to push her children toward her own instrument of choice. In fact, her oldest son, Graylyn, sang in the Asheville Symphony Youth Chorus and chose the French horn. Chambers and Kiffen both became interested in the piano not by listening to her play, but by improvising on their own. Though it was likely helpful, she admitted, for the two to have a pianist in the home to help them practice.

No matter the instrument or the genre, Loomis is a big believer in early introductions to the music world.

“Exposure to music is very important,” Loomis stressed. “Parents should absolutely take their families to the symphony. We took our children to the symphony and sometimes left at intermission. Other times, we came in at intermission, because we knew they couldn’t stay for an entire concert. Even with the shortened programs, they often fell asleep on my shoulder, or sometimes on a kind stranger’s shoulder.” She laughed at the memory. Now, the Loomis sons seek out classical concerts on their own.

She took her kids to rock and other contemporary concerts, too.

“All music is good,” she said, “but, classical music sets a certain groundwork in understanding the universality of music and its ability to connect us, geographically and historically.

As president of the Asheville Symphony’s board of directors, a position that she has held since 2017. Loomis is particularly excited for this upcoming season, a first official look at the work and direction of new music director Darko Butorac. 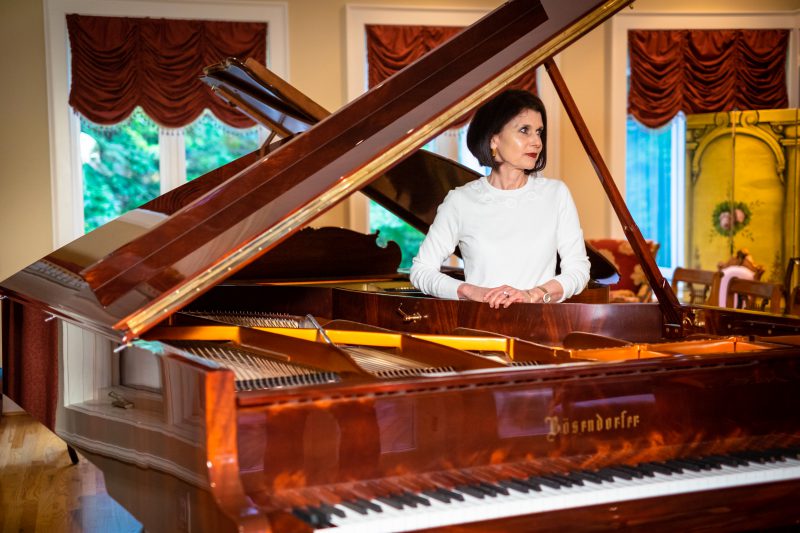 “It’s an exciting time to welcome Darko,” Loomis said. “Our orchestra is poised to build a long-anticipated union with a new conductor. Our youth orchestras continue to grow in both participation and expanded presence, with support from Friends of the ASYO. The Chorus is eager to take on new programs and repertoire. I am extremely proud of my hometown orchestra, which is a significant contributor to this great community.”

All of the creative collaborations, unique performances and innovative ideas are part of what drives the continued success and growing impact of the Asheville Symphony, from the multifaceted cross-generation appeal of Asheville Amadeus to this season’s high-flying New Year’s Eve extravaganza with Cirque Musica.

“The Symphony constantly seeks out opportunities to connect with new audiences, and to introduce its core audience to new repertoire and different genres,” Loomis added. “It’s a very community-oriented approach to classical music, and I love that. It’s what makes the Asheville Symphony so special.”

Source and the Autumn 2018 issue of The Journal of the Asheville Symphony p.36-38